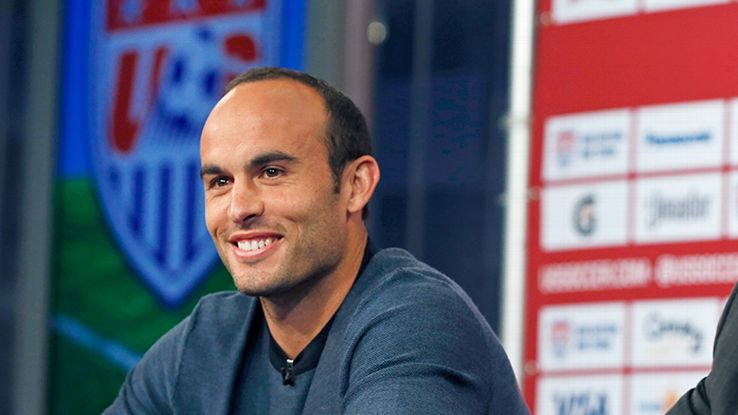 The 35-year old was appointed by the owners of the club Steve Kaplan and Jason Levien as an adviser. The MLS star said the retirement is from professional football and that it is with immediate effect. This is not the first time he is retiring. He did two years ago but then he came out of it to help his struggling former club Los Angeles Galaxy in the Major League Soccer.

Landon Donovan may have retired from the game, but it seems that he retains a keen interest on football – especially the MLS.

The former LA Galaxy forward is regarded as one of the greatest strikers to have represented the United States national team. However, he came up with a sudden announcement of the retirement to shock the world at just over 30. Even though he came out of retirement only for a few months before going out of the game, Donovan’s best years seemed to be behind him even when he retired. However, he remained a model professional throughout his career.

Landon Donovan says that the current US national team roster happens to be one of the most talented in the national team’s history. The former LA Galaxy forward recently announced his retirement from the national team for the second time. It was a huge surprise considering that everyone regarded as one of the greatest players in the US national team history, while he was only 32 years old.