Premier League champions Liverpool have reportedly contacted Brighton and Hove Albion over the availability of midfielder Yves Bissouma for a transfer. According to media outlet Anfield Central, Liverpool sporting director Michael Edwards reached out to the Seagulls to enquire about Bissouma who has been in good form for his team this season. 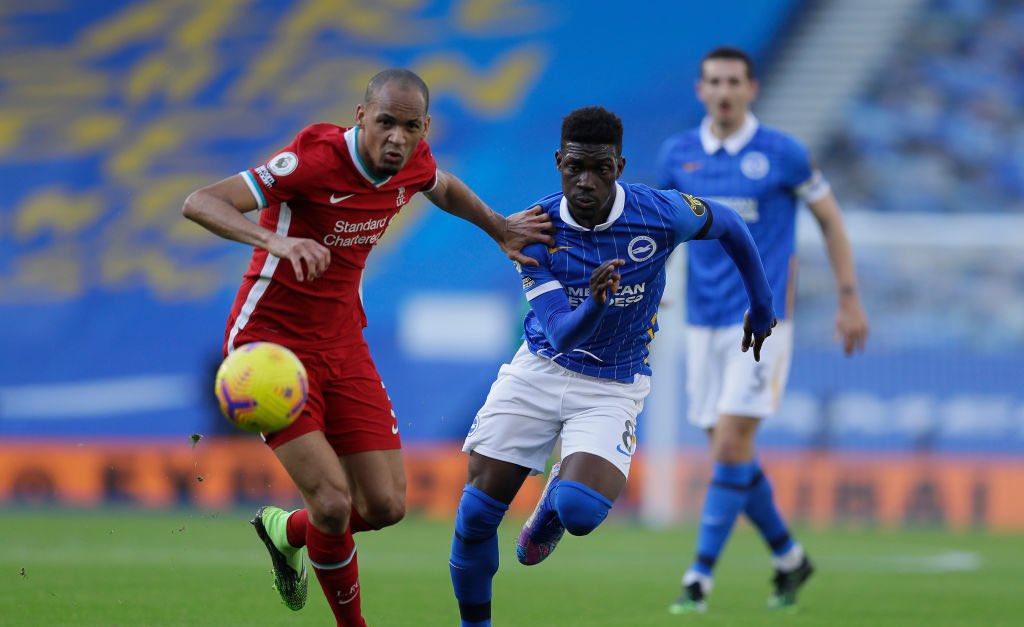 Liverpool legend Jamie Carragher recently waxed lyrical about his quality on Sky Sports after his sensational performance in the home game with Everton. He was the standout player as the two teams battled to a goalless draw at the Amex.
Bissouma is a wanted man amongst the big Premier League clubs. Apart from Liverpool, the 24-year-old Malian international has also been linked with other big teams like Arsenal and Manchester United.

The Malian player joined Brighton from French club Lille for £15m at the start of last season and he has been a very good acquisition for the Seagulls. The £40m-rated Brighton midfielder is seen as a possible replacement for Liverpool midfielder GeorginioWijnaldum if the Dutch international eventually leaves the Reds this summer. Wijnaldum has a few months left on his contract meaning that he would be available for a free transfer move to other clubs if he does not commit his future to Liverpool between now and when his current deal expires in the summer.

Spanish giants Barcelona were linked with Wijnaldum last summer when he had one year to run on his Liverpool contract and those transfer rumours have not gone away. He could link up with Barcelona manager Ronald Koeman at the Nou Camp this summer as a free transfer signing for the Catalans. Wijnaldum played under Koeman while he was still the Netherlands manager.