MLS TRYING TO STRIKE A BALANCE WITH VAR

The Major League Soccer is planning to ensure a balance between making the right calls and avoiding unnecessary delays when Video Review is incorporated. 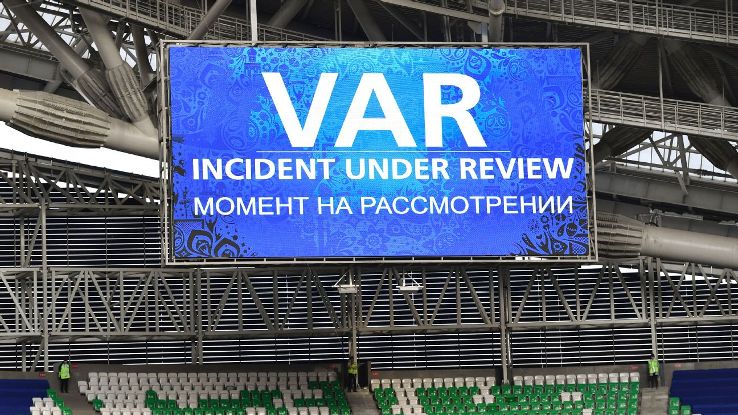 The NBA, NFL and NHL already use technology to assist referees so the MLS would not be any different. However, ensuring a smooth run of play would be prioritized in the MLS.

From this weekend, Video Assistant Referee will be deployed in each game to help officials when needed. Four areas of play are subject to review for now: goals, penalty kicks, straight red cards and issues revolving around mistaken identity.

Retired Premier League, Champions League and World Cup referee Howard Webb is overseeing the adoption of the initiative in the MLS.
“Video review will not change the basic way the game is played, nor are we aiming for 100 per cent accuracy. Video review will improve the game and give referees the help they need,” he said.

The league has reached out and visited all the 22 teams involved, explaining to the players and coaches how the initiative would work. The referees themselves have been trained extensively in line with the promise of striking a balance. The aim is to maximize benefits and minimize interference with the game.

In the MLS system, the video assistant would be in a section of the stadium where there is access to all TV angles. When there are possible officiating errors, the video referee would reach out to the on-field ref through wireless communication.

The officiating referee would then pause play to consider the review after raising one hand. If he needs to, he can review the incident on a sideline monitor himself after making a box symbol. Other parties are not allowed to challenge the decisions and only the aforementioned four areas of play are considered for review.

Like goal-line technology many have questioned the introduction of technological innovation to the game. The MLS does not use goal line technology yet but the video assistant system would manage such situation as well. The Australian A-League, the South Korea K-League have started using the video review system. German Bundesliga and the Serie A are set to join this forthcoming season. Other top leagues in Europe are expected to follow suit, with the NetBet - Official Site now offering odds on them being used at the World Cup in Russia 2018.

FIFA employed the method at the Under-20 World Cup, the Club World cup and the 2017 Confed Cup. The International Football Association Board (IFAB) are set to decide if the system would be adopted on a global scale.

FIFA chief Gianni Infantino is clearly pushing for it and other top football personalities have spoken in favour of the system, so it is only a matter of time. “Video Assistant Refereeing is the future of modern football,” Infantino said.

MLS chief Jeff Agoos promises that the system would not be “intrusive” as there have been extensive work done to prepare for the implementation. The system can help resolve game changing decisions that have significant impact outside the pitch.