New Manchester United's signing Zlatan Ibrahimović has revealed that he rejected several offers from MLS clubs, before eventually deciding upon a reunion with former boss Jose Mourinho at Manchester United. 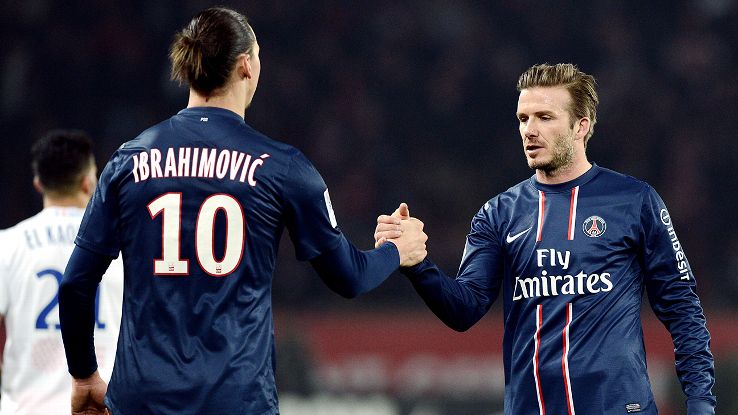 Having left French champions Paris Saint-Germain at the end of his contract last season, the mercurial Swede certainly had no shortage of offers, however the lure of a move to England was too much to ignore, meaning even a certain Mr. David Beckham missed out on his services.

The former Barcelona and Inter Milan man has recently stated that Beckham had tried to sign him for the Englishman’s Miami Franchise, which he is hoping will enter the MLS in 2018.

However, the Swede will now play in the English game for the first time in his career, with United now the 7/2 second favourites for the Premier League title in the soccer odds from bookmakers Betway, thanks partly to his arrival. More odds like this can be found at Betway’s website. The 34-year-old has certainly not closed the door on a future move to America however, stating:

"For now, I want to achieve big things with Manchester United, but I have a lot of respect for the MLS, and anything is possible. I am not ruling out the MLS. Once I had decided to leave PSG there were many offers, but with Zlatan that is normal.”

Despite missing his new team’s pre-season tour to China after being given an extended break following Sweden’s participation at Euro 2016, Ibrahimović could well make his United debut in his homeland, as Rooney and Co take on Galatasary in Gothenburg on Saturday. United then make their Premier League bow against Bournemouth in August, where they are 8/11 in the soccer odds from Betway to overcome Bournemouth on the opening weekend of the season.

MLS action returns this weekend, with New York City playing host to the Colorado Rapids, as they look to extend their lead over city rivals the Red Bulls in the Eastern Conference table. Soccer odds of 27/20 with Betway for David Villa and Andrea Pirlo et al to come out on top certainly look worth backing. Elsewhere, LA Galaxy take on the Seattle Sounders, who will be recovering from the loss of Head Coach Sigi Schmid.